What's in a Company Name? Find a Sticky Name Customers Will Remember

Written by Robyn T. Braley
So, you are starting a new company. It may be as an act of desperation because you were laid off and you’ve given up trying to find another job in your market. You have little money, but there is no other choice. You will bootstrap your company into existence.

Or, perhaps the opposite is true. The economy in your trading area is popping. There are hundreds of opportunities for a new business.

Perhaps there is an emerging need and the company you work for is set in its ways and resists change. You have new ideas about how to adapt to changing times and exploit the new possibilities. This is the time to strike out on your own.

Maybe, as an entrepreneur, you have an unsrcatchable itch! You can’t find relief in any other way than to start your own company. You are driven by an overwhelming will to succeed.

O.K., I’ll stop now! Whatever your reason for starting your company, you need a sticky name; one that everyone will remember.

A Lame Name in the Next Lane

How many times have you sat in your vehicle idling at a traffic light when you looked left and noticed a truck sitting in the next lane. You can’t believe your eyes. The name on the side of the truck is the silliest and lamest company name of all time. How can that happen?

Having gone through the process of naming companies and products many times, I understand completely. It can happen for any one of a number or reasons.

I love naming projects. They demand creativity and imagination and an inner faith that the process will lead you to where you need to go.

A client recently called needing a name for a new company that was being birthed through a merger. What made the project challenging was that the existing companies both had strong brands in their respective industries.

Pronunciation is a big one. I won’t go into linguistic influences in this post, but a name that flows off the tongue and has a poetic lilt will add to its stickiness. It makes sense.

However, you must consider all implications. Will you be doing business in different zones where cultural differences like pronunciation may affect a names  cache or coolness factor?


My wife and I recently spent a day in Banff Alberta wandering in and out of specialty shops while enjoying the mountain ambiance and scenery.

We were in the midst of a naming project and the process was top-of-mind. As we stopped by a favorite coffee shop named Evelyns, my wife mentioned the North American pronunciation is e-ve-lyn, with a short 'e'.

Alternately, she noted the U.K. pronunciation is eee-ve-lyn with a long 'e'. The associated meaning of that pronunciation was probably not what the founder intended. It doesn't suggest great coffee, pastries and sandwiches.

There is more. A name must be carefully researched to identify alternative meanings, translation ease into other languages, cultural implications, and current or historic slang uses.

So, what’s in a name? Plenty. Your name will be the foundation of your brand. It’s what you are and what you will become as a company. 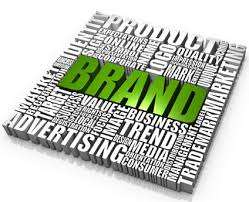 You want to find an ideal company or product name that reflects the mission, vision and passion of your organization, product, or service.

It will also provide creative options for logo design, slogan development, and other brand elements. It will look great on letterhead, signage, on a website, in social media, on the side of a truck and in all other applications.

Is it user friendly? Does it sound good? I ask clients to say the name as they pretend to answer the phone.

The Problem with History

Any avid Gospel music fan will recognize the name, 'the Cathedrals' quartet. They were founded in the 1960's as the house group for a TV program produced by a mega church called the Cathedral of Tomorrow.

The group became independent in the early 1970's and soon earned descriptives like legendary, best selling, and award winning. They became one of the all time greats in their genre, Southern Gospel music.

Here is the irony. Southern Gospel is a long way from the high church traditional music associated with a Cathedral. During the last 20 years of their career, few fans knew how they got their name as the TV program and stature of the church had been long gone.

Just Make it Up
One naming option is to create a name that does not presently exist. Yahoo! is actually an acronym for Yet Another Hierarchical Officious Oracle.

Or, you can combine parts of two names. Walmart combines the first part of founder Sam Walton’s last name and ‘mart’ which means trading centre. Makes perfect sense!
A former client of ours is a person of faith who manufactures proprietary cleaners. We researched extensively and created Mighty 1 which had an obvious biblical reference while describing the powerful product. We created another new word by changing the spelling of Attax floor cleaner.

A sticky name can result from a play on words taken from a totally different context. As you grow your company, the name will become associated with who you are. It will eventually have meaning and definition based on what you do and how you do it.

Here is a big one. Can a name be found that describes what the company is today while hinting at what it will be tomorrow? Will it still have relevance and meaning? Will it account for;

McDonalds Restaurants are certainly much different today than when brothers Dick and Mac McDonald founded the single drive-in restaurant in 1948. But, it was salesman Ray Kroc who recognized the potential of the brother’s menu and proposed partnering with them in 1954. He developed a franchise model and the rest, as they say, is history. Click Here to Read More

Most people associate the name with the restaurant and not the founders. The meaning of the name today still identifies the basics of the initial brand concept. The menu has been adjusted to reflect healthy eating. But, most important, the coffee is better.

As much as my naming colleagues would like to suggest otherwise, startup companies seldom start with a cool, chic name that they grow into. Most have an inauspicious and very ordinary naming history. I love the stories about how these tech companies got their names.

Apple –  The corporate backstory is that Apple distanced the company from the cold, unapproachable of other computer companies of the time. As a namer, I’d like to think that is true.

But, remember, the company was founded by Steve Jobs, Steve Wozniak, and Ronald Wayne in a garage. They were kids.

So, the other story may be true. According to it. the trio was three months late filing a name for the business. Apples were the favorite fruit of Steve Jobs who had also worked at an apple orchard as a teen. He dictated that Apple Computers would be the name if his colleagues couldn’t suggest something better by 5 o'clock on deadline day.

Google - Googol was deliberately mis-spelled as Google. Googol is the digit 1 followed by one hundred zeroes. It explains the company’s purpose to organize huge amounts of information.

Motorola - Founder came up with this name when his company started manufacturing radios for cars. A popular radio at the time was called Victrola.

There are many elements that influence creating the perfect company name. There is no set rule or easy formula to follow. When you find it, you’ll just know.


Robyn T. Braley is a writer, speaker and media guest. He is the President of UniMark Creative which focuses on website design, video production, media services (editorial and advertising), and graphic design.
CONTACT INFO

Born to Sell; What Makes a Great Sales Professional

Thinking As If There is no Box; 10 Marketing Tips for Tough Times

10 Tips For Bootstrapping With Broken Laces

How to Grow Your Brand in Uncertain Times

Why Goal Setting Is Important for Small Businesses

Why LinkedIn is a Pillar for B2B Relationship Building; 11 Content Tips

How to Write Effective Emails for eNews Campaigns

Going Up! The Selling Starts With a Powerful Elevator Speech

Tips for Getting the Best Possible Photos for Your Business