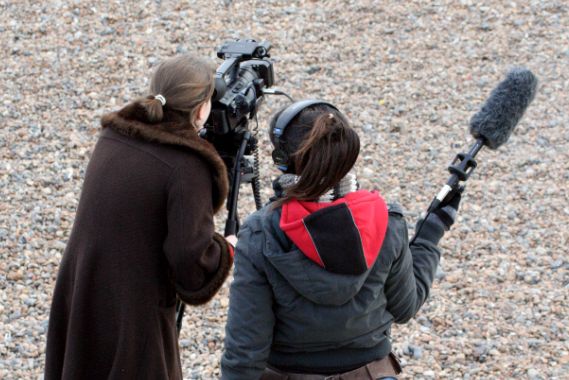 I speak at conferences and do media interviews about social media. I can always depend on athletes, politicians or business leaders to provide fresh examples of what not to do or say in the media. They have been caught on camera saying or doing something silly or offensive.

Instantly the clip is uploaded to the internet and goes viral. Then it gets worse! TV NEWS Networks pick up the story and broadcast the segment through news cycles around the world.

Think of it in layman's terms. That wild and crazy guy dancing on the table at the company party to thunderous applause may not play well with upper management or customers watching it in their social media feeds.

We've all seen posts of racial, sexist, political, or other nasty comments on leaders' social media platforms. As a communication specialist and coach, I teach this simple mantra!

"If you don't want to see it, read it or hear it in the media, don't do it, say it, show it, write it or upload a video from your phone."

Unknown to them, their conversation had been recorded by a television journalist standing off to the side of the room. The incident was soon labelled the 'hot mike crisis!'

You see, the group was recorded ridiculing US President Donald Trump, who had broken various protocols earlier in the day. Their conversation was broadcast around the world.

For President Trump, what they said wasn't the biggest problem. It was the sight of this distinguished group laughing and making fun of HIM!

Donald Trump gets up each morning looking for adoration. If someone fails to give it, he gives it to himself. He has a very high opinion of himself.

He feels what others think of him is essential. If you annoy him, you are placed on his enemies list and are subject to name-calling and character assassination! Worst of all, he will tweet nasty Trumpisms about you for the world to see.

The offending video clearly shows Trudeau leading the gossip-fest punctuated by laughter at Trump's expense. He labelled Trudeau two-faced. He cancelled a scheduled press conference and left the Summit early in a tantrum.

Trudeau took the brunt of the Trump wrath only because he was facing the camera. Identifying the source of the other leaders' comments was difficult as their backs were to the camera.

What Goes Around Comes Around

Bob Woodward recently published Rage, a book about Donald Trump. As happens with most interviews by professional journalists, Woodward recorded all 18 of them.

For some reason, Donald Trump admitted knowing how serious the COVID-19 virus was early on in the pandemic. Publically he stated the direct opposite.

There was nothing to fear. It would soon disappear. There was no need to take nation-wide precautions.

Trump was so eager to have a book written about him by the esteemed Bob Woodward that he asked the White House photographer to take a picture of the two of them in the Oval Office.

He seemed oblivious to the fact that his serial lies were recorded for all to hear. Trump knew about the severity of the Corona Virus but repeatedly lied to the American People.

When the tapes were released, they went viral. He seemed surprised, almost in denial.

We may think we are speaking in private, but our conversations may well be recorded by a device placed casually on a desk, board room table, on the dash of a cab or a telephone line.

Damaging audio, video, photos or text will be online forever. Just ask former politicians whose careers were destroyed by social media posts made years before!

There's A Price to Pay

It's easy to get lost in the heat of the moment. Comments can be emailed, texted or posted based on an emotional reaction, not based on fact or knowing the full story.

With emails and text messages, people often assume they are communicating with a friend or colleague who is trusted. Damage is done when a message you thought was private is forwarded to others bringing unplanned consequences.

A few years ago, highly respected Naheed Nenshi, Mayor of Calgary, Alberta, was in Boston for a conference. Being highly responsible, he took a low-cost Lyft to his hotel rather than a regular cab.

In route, Nenshi was critical of the CEO of Uber, a Lyft competitor. Unknown to the Mayor, the driver live-streamed the conversation on Periscope.

How did this happen? Mayor Nenshi missed obvious body language signs and the change in the vocal tone of the driver. It was apparent he was performing for the camera.

The driver asked short, pointed questions and was careful not to interrupt or talk over what the Mayor was saying. The driver consistently gave knowing smirks and 'gotcha looks' into the camera. The clip was Reality TV at it's best.

I share the same personality type as Mayor Nenshi. I like to talk to anyone, anywhere, about anything. I've learned about the cities I was visiting by talking to taxi drivers from the airport to my hotel.

I've attended business receptions where I met strangers and came away with "insider" information – that they probably shouldn't have shared. As a leader, you need to understand the risk of unguarded comments.

Mayor Nenshi is now completing his 3rd term. At the time when the Lyft incident occurred, many asked questions like this.

"If the Mayor could reveal sensitive information

about city business to a stranger,

what else would he say and to whom?"

The lesson here is to pay attention and be in the moment. If several people are holding their phones up, they may be recording video or audio.

Posts of you cutting an anniversary cake are a good thing. Posts of questionable conduct or actions or comments taken out of context are not.

Check out my interview with Russel Bowers on Alberta Morning on CBC Radio about Social Media dangers and how lapsed judgement destroyed the NHL hockey career of Denis Wideman. Listen to the Interview

1. Social media is available in all places at all times for most people with a phone. Act accordingly.

2. Shape your brand. Grow communities through posting relevant and authentic content on your social media platforms.

3. Follow the relationship-building formula know, like, trust and engage. If something negative happens, you'll have an established context that presents a positive you.

4. Develop an editorial strategy that will reflect your personality and brand. Stick to it.

5. Business social media posts must adhere to a policy providing consistency and safety. Avoid impulsive messages, shares or retweets that may be damaging now or in the future.

6. Don't talk about highly sensitive topics in public places where you might be overheard or recorded. Why do you think professional coaches of NHL, NBA, NFL, CFL or MLB coaches cover their mouths when talking to associates? The financial stakes are so high opponents hire lip-reading specialists to learn insider strategies during unguarded moments.

7. Do not flirt, make sexual innuendos or engage in inappropriate touching.

8. Control alcohol consumption at a business or social function that may impair your judgement

10. Do not make racist, sexist, derogatory or inflammatory comments that in any way demeans others.

11. Do not exhibit harassing and bullying behaviour. Just don't!

13. Make your actions reflect your values. Treat others with respect and dignity, no matter the situation.

14. Do not talk about politics or religion.

Please give me your feedback below. I'd love to know what you think!

Robyn T. Braley is a brand specialist, writer, and speaker. He is also a media commentator and Rotarian. Robyn is the President of UniMark Creative which does website design, video production, media services (editorial and advertising), and graphic design. He speaks at business conferences and also blogs about branding.

Do You Know What is Your Body Language is Saying That Your Voice is Not?