What does body language tell you about what a politician is really saying? Quite a lot, actually.

Through the years I've been asked many times by various media to analyze the body language of federal or provincial Canadian party leaders as they debated each other on TV, radio, or online.

They are thrown into a boiling cauldron where every facial expression, every blink, every gesture, every turn, and every nuance is magnified by a forest of cameras. 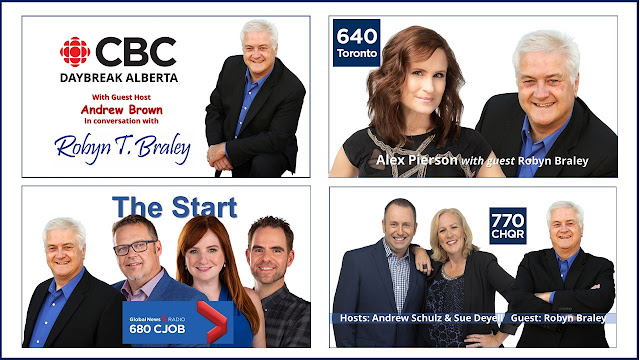 Go to Page 2 to click and listen to each interview.

Debates are live which means anything can go wrong at any time and usually does. A political debate is a high form of theatre for political junkies.

That is why leaders are coached, rehearsed, and then coached again. In Canada, the process is elevated because the leaders must participate in two debates, one in French and the other in English.

In every debate, one or more of the leaders rise above the rest. The greatest fear is saying something boneheaded, assuming a weak physical position or making an odd gesture that could win or lose the election.

When I am asked by the media to analyze body language, I note subtle - or not so subtle - signals that could make the difference in shaping people's impressions in Election 2021. I try to be unbiased.

While the purpose of a debate is to focus on ideas, they also provide great content for 24 hr news cycles and social media. The goal of each leader's PR team is to capture that one clip that will rocket their candidate to the front of the line.
Interviews Page 2

Knowing what your body is saying can be the difference between being taken seriously or not. Strong body language speaks to confidence, credibility, and trust. Shifty eyes, wild gestures, and the failure to listen intently signal the direct opposite.

Body language, or non-verbal communication, is a series of indicators. There is no one thing that is definitive. Distracting maybe, but not definitive. Body language includes;

Click on Each Image to Listen to the Radio Interviews Below.

Guest host Andrew Brown and I had an 8-minute conversation after the English and French Language debates. We wrapped up the Leader's Body Language observations noting the changes in strategy between the two. Warning! Don't try the gesture exercises while driving. CBC' Daybreak Alberta is broadcast throughout the province on AM 1010 Calgary, AM 740 Edmonton, and a provincial network of FM booster frequencies.
Alex Pierson is the host of Global News Radio's 'On Point' which is broadcast on AM 640 Toronto, AM 680 London, and AM 900 Hamilton. The show was broadcast about an hour before the French Language debate. I pointed out what to look for in the Body Language of each leader.
These guys have way too much fun. They even came up with a clip from a song, 'Body Language!' Greg Mackling, Lauren McNabb, and Brett Megarry deliver a high-energy discussion about Body Language on CJOB Winnipeg's breakfast show, 'The Start.'
If you'd like a giggle, check out this 10-minute conversation.
It's always a pleasure appearing on 'Mornings with Sue Deyell and Andy Schultz on CHQR 770 News Radio in Calgary. This interview was broadcast the morning after the French Language Debate. We provided our take on the Leader's Body Language and provided tips about what to look for that evening in the English Debate.

If you would like to schedule an interview with me please go to www.branditwithrobyn.com Contact me by email or telephone. I can provide links to previous interviews about most of these topics.
Robyn T. Braley is the President of UniMark Creative. He is a brand specialist, writer, and speaker. He publishes monthly posts on Brandit.