First impressions are everything. But so are last impressions. Make sure both are the best that they can be! Don't be known as, "That cowboy, cowgirl or buckeroo who ..."

Throwing up on the boss’s spouse during an awkward attempt to hit on him or her is not how you want to be remembered after the companies Stampede barbecue. It's just not!
Stampede is hard to describe to people who have never been there. The Calgary Stampede is more of an all-encompassing, fully engaged experience, than an event confined to a single geographic location. Stampede is close to being spiritual, in a cowboy sort of way.
For decades the Calgary Stampede was billed as the greatest outdoor show on earth. This year, not so much.
We don't know what to expect as far as attendance in 2021. There will be thousands, just not many, many thousands for this year's scaled-down version.

Lower attendance and a scaled-down Stampede are not due to a lack of interest. It is because of travel restrictions and the inability for visitors to plan ahead due to the unknowns of COVID that the total attendance will be limited.
The main attraction, the chuckwagon races, were cancelled. The parade will be seen only by a television audience. The Las Vegas-style grandstand show which draws about 18,000 seated and 8,000 standing room fans every night will be just a show. A good one, but just a show.
A friend volunteers on the Stampede Parade committee. They begin planning each September for the next year. This year they started planning in April.
There has not been time to book entertainers and exhibitors. Rodeo cowboys and cowgirls from outside Canada cannot attend and compete due to travel restrictions. Most need to bring their horses across the line which is another complication.
My Rotary Club has hosted a breakfast along the parade route for many years. We sell out at 1,600. Tickets begin selling in January and there have been years when we were sold out by April.
About two-thirds of the crowd has been from out of Canada. This year there is no breakfast and most international guests won't attend. Plans to visit the Stampede are made one and two years in advance. This year that was impossible.

Stampede barbecues and breakfasts are a big part of the celebration. Whatever the number that will be held, there will be opportunities for networking. It is time to brush up on those networking skills.

Network Your Way to Success
Before COVID, about 1.3 million people passed through the Stampede Park turnstiles every year for the 10-day exhibition, all-star rodeo, agricultural fair, world-class midway and evening show rivalling anything in Las Vegas.
Stampede is a celebration of western heritage and community spirit that spreads like wildfire through the city every July. This year, first and foremost, it will celebrate a return to some level of 'normalcy' following 15 months of following COVID protocols.

Pre-COVID, I would attend up to 10 pancake breakfasts and barbecues on the first weekend. My list would include clients and industry associations along with political, church, not-for-profit, Rotary, and community events.
Companies spend thousands of PR dollars to make their event one to remember. Being on the invite list gives access to people you may never otherwise meet.

Free hospitality is a big part of most celebrations. Some corporate events are by invitation only, but others are open to the public. Visitors seldom believe it when I explain you don’t need that big of a network to be able to go through the entire 10 days without paying for a meal.

Just drive along a street in city centre or an industrial area. Find a couple of hundred people lined up in a parking lot ready for pancakes, sausage and coffee. You pull over, join the line, meet some new contacts and enjoy western hospitality accompanied by an upbeat country band.

Each year I have 2-3 must-attend events that overlap. You drop by, be seen by people who you want to be seen by, shake a few hands, and head for the next event. By the middle of the week, you are ready to swear off pancakes.

Political types may have up to 13-15 stops per day. They somehow make appearances from early morning until late at night.

There are event sites all over the city that accommodate anywhere from a few hundred to 14-15 thousand. Well known pop and country stars are flown in and out of Calgary without anyone but the event guests knowing they were here.

One of our largest malls, the Chinook Shopping Centre, has traditionally held an annual breakfast for 50,000 people. It is a finely tuned and highly organized pancake factory and people management system. 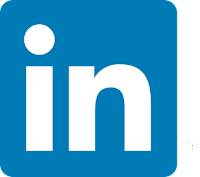 To reap the full benefit of company networking opportunities, you must learn the basics. Develop a strategy that begins by identifying the people you want to meet. I’m in marketing so I always aim for the Marketing VP or the business owner.

If you're not sure who those people are, do research on LinkedIn or the target company's website. LinkedIn profiles also give you conversation starters that will come in handy when you finally meet them.

Set an informal goal for the number of contacts you’d like to make at each event. Even if you don’t meet the company president, someone you talk with may provide a gateway into that person's office at a later date.

First impressions are everything. While you edge towards conversations about your company you are also making a statement about your personal brand.. 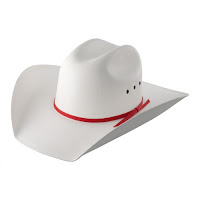 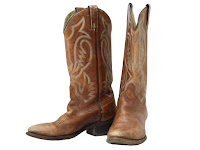 Be warned. If you are spotted wearing a suit, shirt and tie, it’s assumed you are from somewhere else and didn’t get the memo. You will feel very out of place.

This is dress-up time. We all pretend we are cowboys, cowgirls and buckaroos.
You can easily spend $2,000 on western wear. If you have the budget and want to be dressed in high cowboy fashion, that's awesome.
But, a big clothing budget isn't necessary. I have a friend who is a multi-millionaire. He's on the invitation list of every big company, political and fundraising event.
Here's the thing. He wears a hat that is about 50 years old that I'm sure has been run over many times by bucking broncos and runaway chuckwagons.
Most people have a pair of blue jeans. You can buy a cheap cowboy hat at Walmart and cowboy boots at a western wear store. You will need two western shirts so you can rotate them through the laundry.
Cowboy boots are key. If strapped for cash, search for a second-hand pair. Running shoes won’t cut it and they will be noticed.

The last piece of advice is perhaps the most important. I’ve mentioned the mountains of free food. For corporate events, there are also fountains of free booze.
Moderation is the key here. Photos and videos of you and that unknown person dancing in the centre of the table wearing only your hats and boots with hundreds cheering you on will probably not enhance your personal brand. It could very well be a career buster.

Know this! From the midst of the jeering crowd a photo, video or both will be uploaded by a stranger to YouTube, Twitter, Facebook, Pinterest and social media sites you may have never heard of before you can sober up enough to cover your – shall we say - delicate area with your hat.

Social media can also be a positive Stampede networking tool. Selfies of you with the Prime Minister, your company president, a potential customer, sports and entertainment celebrities, clients, your sales team and others provide great conversation starters. All will attend various breakfasts, barbecues and dinners at Stampede 2021.

The last bit of Stampede's advice is this. Do not ever say 'Yipee' or 'Yee haw' to express your enthusiasm. That marks you as a city-slicker from another city. What we say is very simple.


My last tip is to stop talking and listen. Everyone has been locked down for 15 months engaging only with family and a few close cohorts. The temptation will be to talk nonstop just because we can!
Robyn T. Braley is the President of UniMark Creative. He is a brand specialist, writer, and speaker. He publishes monthly posts on BrandIt.

Position Your Body on Video Calls and Look Like a Pro

55 Original Quotes to Uplift, Inspire and Chase Away the COVID Blues

Why Your Personal Brand Matters!

Network Your Way to Success